Ed Dabney has served as Riding Scene Coordinator on a number of productions.

Ed Dabney has served as Riding Scene Coordinator on a number of productions including three seasons of Fox-TV’s Sleepy Hollow series.  In this position, Ed attends production meetings to learn plans and needs for horses, riders and wagons along with the action for each in each particular scene.  Ed provides pertinent technical information to the producers, director and crew applicable to the action in the scene regarding safety and capabilities of the horses, riders and wagon teams. Ed attends location scouts to survey the route and terrain of the the horse action scene looking for areas or features which might create danger or cause an interruption in the smooth flow of the scene.   Ed consults with the director regarding his findings after the location scout.  During actual filming, Ed is on set and in close communication with the director to make last minute adjustments and offer technical advice on how best to accomplish the shot the director wants.

“For the three years I was Head Wrangler on the Sleepy Hollow series we continually had very challenging scenes due to the nature of that show.  It was crazy but lots of fun!  We had monsters on horseback fighting each other, historical scenes from the 1700’s, Daniel Boone and Native Americans, battle scenes with gunfire, cannon fire, smoke, fire and chaos, horses inside buildings and on downtown streets among traffic.  Many of the scenes were filmed at night so we had horses galloping through the forest in the dark.  We had riders carrying live torches and throwing them onto a barn.  We had a horse galloping alongside an 18 wheeler on the highway.  Our horses have been in combat scenes with almost every type of weapon imaginable from swords, pikes, axes, pistols, shotguns, rifles and even machine guns.  We had a horse and rider standing calmly on a pedestal amidst the wreckage of 3 cars and a bus on fire with a broken fire hydrant gushing into the air like a huge fountain.  It was always exciting to see what the writers would come up with next for some wild thing they wanted the horse to do!  What a great experience!” 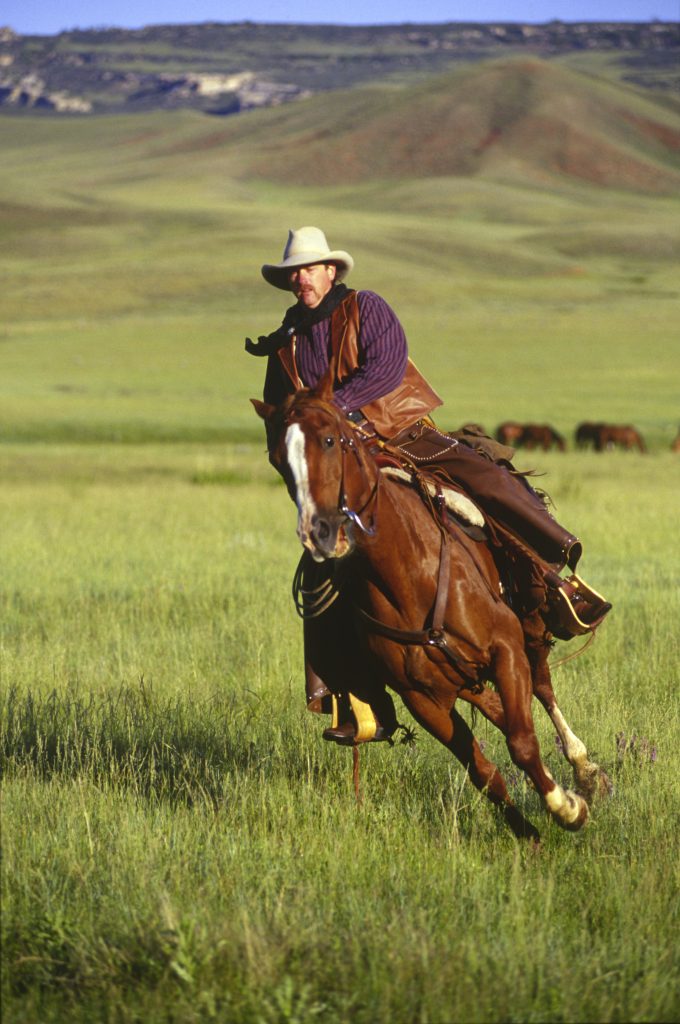 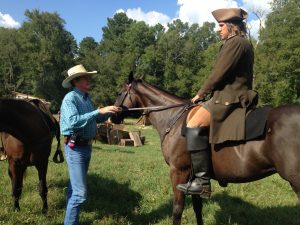 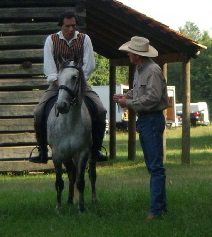 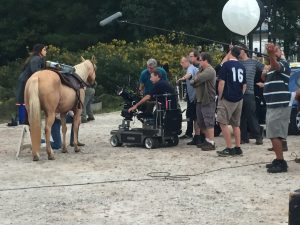